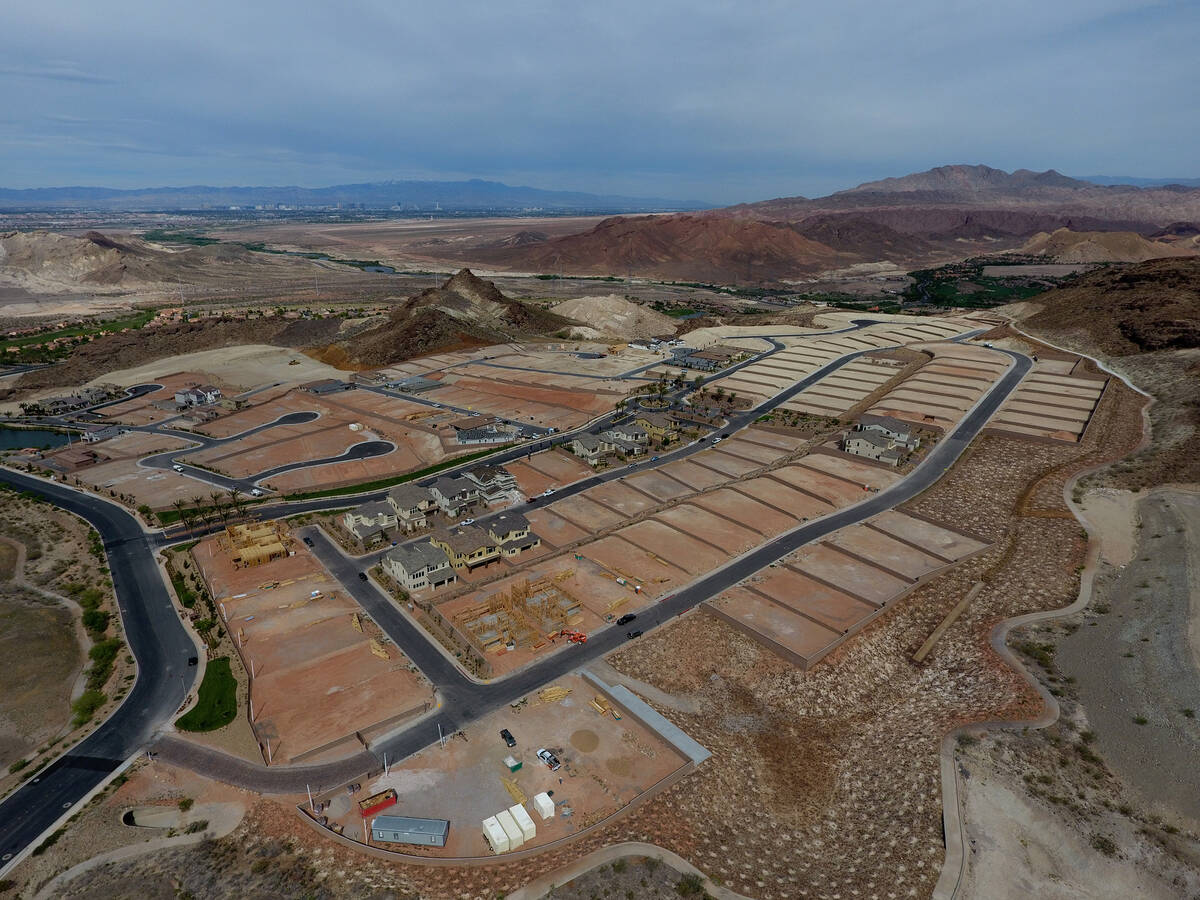 Whether you celebrated or were disappointed by the election results, we are all now aware of who is in power and who is set to make policy. Currently, Nevada faces the most dire land shortfall in our state’s recent history. It threatens our ability to expand and thrive economically. And status quo policymakers — including incumbents who just won re-election — are on track to continue to do nothing to get the land plan to move forward, failing us at this critical moment.

I’ve been a Southern Nevada resident since 1995 and an employer in the construction industry since 2013. As a business owner who supports 80 talented workers and staff and the well-being of their families, I’m concerned about this issue that threatens to directly diminish the second-largest industry in our state.

The same issue is also stunting Las Vegas’ ability to achieve housing affordability, which should distress anyone with dreams of homeownership who cannot afford today’s market conditions.

When I first started my company, I was aware of the Southern Nevada Public Lands Management Act. And as far back as 2005, I was aware of the boundary of available land allocated for economic development and homebuilding. But I never thought that, in 2022, we’d see such a dire need to expand that boundary to accommodate for the projected population growth in the Valley.

Even if we didn’t see the stall of the Southern Nevada Economic Development and Conservation Act — which would have protected millions of acres while releasing additional land for sustainable responsible growth — we would still have a supply-and-demand problem and would not be able to keep pace with the state’s population surge projections.

Our valley now faces an extremely short supply of available land on which to build, with about 47,000 acres left for development. But not all of it is geologically suitable for building. To put that in perspective, development used an average of less than 4,900 acres each year for the past two decades. Doing quick math will tell you that we have only about a decade before we will hit a standstill.

I don’t know how I and other businesses in the second-largest industry in the state will be able to keep our doors open if this continues.

I fear our policymakers will continue to focus too much of their attention on the wrong issues. NIMBYs and those calling for building moratoriums because of our water issues have been emboldened like never before at a detriment to our economic future. Public perception about water is often way off-base, and housing development has very little impact on our overall water use. We can thank the Southern Nevada Water Authority for that, as it leads the country in water conservation. Through our wastewater system, any indoor use of water is almost completely captured, treated and returned to Lake Mead.

It must be understood that growth in construction and population in Clark County are not reasons for Lake Mead’s low levels. The lack of proper conservation and usage from our neighboring states that draw from the Colorado River is the leading contributor. Higher densities and a better overall land use plan to meet the demand of housing is the answer to our housing affordability crisis, our water issues and our land availability issues.

It’s crucial that Nevada stakeholders come together and look at a long-term plan that spans perhaps a century down the line, considers what cities and counties will look like in the future and creates a strategy phased decade by decade. It’s through this careful planning that we will not just maneuver for sustainable development, but also consider good environmental stewardship of the land and its resources.

It’s essential the federal government utilizes that blueprint to release more parcels at one time, priced at a reasonable rate.

Las Vegas used to be an affordable place to build and buy houses. It would be a shame to jump so far in the other direction that our building workforce suffers for it.

There will be no more mudslinging advertisements, or shameless appeal to the cheapest of emotional politics. The real work has begun for our elected individuals who have real impact on our working lives and we all should be deeply concerned about the potential outcomes for business, jobs and our economic future.

Donnie Gibson is president of Civil Werx. He is also a member of the Southern Nevada Home Builders Association’s legislative committee.

A lithium battery recycling company headed by a former Tesla executive was approved for a $105.6 million tax abatement for its plan to expand a … END_OF_DOCUMENT_TOKEN_TO_BE_REPLACED

by Elko Daily, October 27, 2022 Nevada Copper announced that it closed a restart financing package with its key financial partners on Oct. 28. The … END_OF_DOCUMENT_TOKEN_TO_BE_REPLACED

Lilac Solutions, a lithium extraction technology company in Fernley, NV announced on October 19, 2022, that they were selected to negotiate a $50 … END_OF_DOCUMENT_TOKEN_TO_BE_REPLACED

by Dan Merica, CNN, October 9, 2022 MINDEN, Nevada — When former President Donald Trump touched down in Minden, Nevada, on Saturday to campaign for … END_OF_DOCUMENT_TOKEN_TO_BE_REPLACED

Election Day matters less than it used to. Unless the GOP adapts, it is doomed to keep losing. by Arthur Herman, The Wall Street Journal, December … END_OF_DOCUMENT_TOKEN_TO_BE_REPLACED

Vance: ‘So long as Republicans lose so badly in the small dollar fundraising game, Democrats will have a massive structural advantage’ by Megan … END_OF_DOCUMENT_TOKEN_TO_BE_REPLACED

Of all the states or counties where you’d least expect to find allegations of Republican-led voter disenfranchisement, Clark County is at the top of … END_OF_DOCUMENT_TOKEN_TO_BE_REPLACED