Home » EDITORIAL: The very best legislation of all time, or something 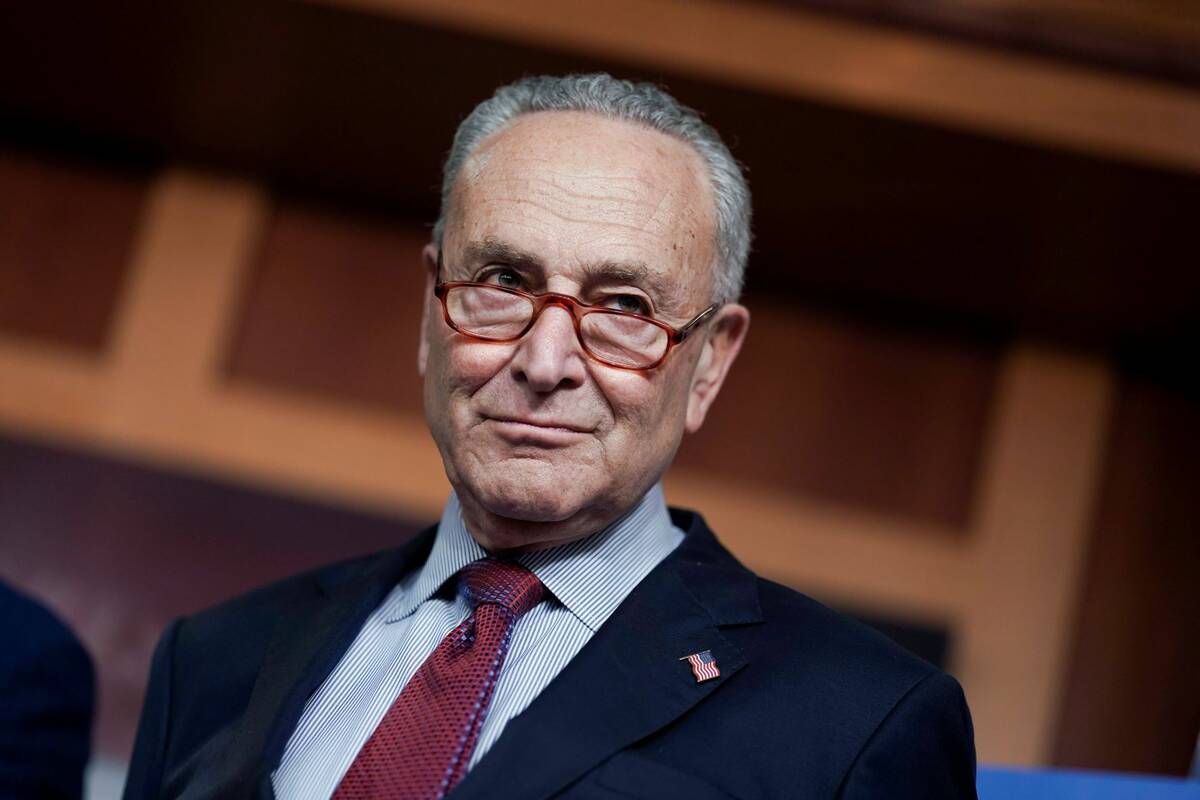 There’s no need for the U.S. Senate to ever again ponder the weighty issues of our time, as the Inflation Reduction Act represents the pinnacle of lawmaking, an achievement so resplendent and monumental as to overshadow all this august body has accomplished since the founding of our great nation 246 years ago.

At least if you believe the Democratic bloviations, loaded with enough hot air to power intergalactic space travel.

The bill “will endure as one of the defining legislative feats of the 21st century,” Majority Leader Chuck Schumer humbly tweeted. Sen. Brian Schatz, a Democrat from Hawaii, took to social media to call the measure’s passage a “historic victory for the United States and the planet. We have met the ambition this crisis requires.”

But effusive self-adulation can’t obscure reality. This bill — which will sail through the House soon enough — will do nothing to combat inflation and virtually nothing to reduce U.S. greenhouse gas emissions. Far from saving the human race from extinction, the legislation will make the nation’s citizens poorer by empowering federal central planners and funneling billions of dollars out of the private economy in order to enrich well-connected special interests.

The folks at Americans For Tax Reform have compiled a comprehensive list of the tax hikes included in this “defining” Beltway creation. Virtually every one will suck more money out of the pockets of average Americans. They include:

— A tax on “pass-through businesses with declared losses” that will raise $52 billion.

— A doubling of the “excise taxes on coal production.” The $1.2 billion this will raise means higher energy bills for many consumers.

— Increased corporate levies for profitable businesses, a $300 billion tax hike that “will be borne by working families in the form of higher prices, fewer jobs and lower wages.”

— A regressive tax on natural gas expected to raise $6.5 billion that will drive up heating bills for millions of Americans.

— Higher per-barrel taxes on “crude oil and imported petroleum products that will be passed on to consumer in the form of higher gas prices.”

Even the much-ballyhooed Medicare prescription drug reform is nothing more than a price control mechanism disguised as “negotiation.” Such government-imposed restrictions have a long history of causing shortages and crippling innovation.

Grover Norquist, president of the tax group, summed it up appropriately. “All fifty Democrat senators,” he tweeted Sunday, “have voted for a massive tax hike during a recession (and) more subsidies during a period of runaway inflation.”

And they did so while paying homage to a shameless cynical hyperbole that would make Donald Trump proud.

by Rocio Hernandez, The Nevada Independent, August 28, 2022 Excitement filled the air during the first day of the school year at Winnemucca Grammar … END_OF_DOCUMENT_TOKEN_TO_BE_REPLACED

Semi Exact in Minden, Nev. StartUpNV, a nonprofit statewide incubator and accelerator for Nevada-based startup companies, has closed a $600,000 round … END_OF_DOCUMENT_TOKEN_TO_BE_REPLACED

Randy Soule leads a tour of the plant. The project's funding is provided by Nevada-based Greater Nevada Credit Union. By Nicole … END_OF_DOCUMENT_TOKEN_TO_BE_REPLACED

by Jason Hidalgo, Reno Gazette-Journal, July 25, 2022 Redwood Materials is doubling down on its battery facility just east of Reno-Sparks once … END_OF_DOCUMENT_TOKEN_TO_BE_REPLACED

When it comes to Nevada’s most-watched political races, the national pundits have it wrong. Both Adam Laxalt and Joe Lombardo should be clear … END_OF_DOCUMENT_TOKEN_TO_BE_REPLACED

President Joe Biden gave an interview to “60 Minutes” that aired Sunday. Among the newsiest items was the president’s pronouncement that the health … END_OF_DOCUMENT_TOKEN_TO_BE_REPLACED

by Frank Miele, Real Clear Politics, September 12, 2022 As I hinted would happen in my previous column, Alaska’s experiment in ranked choice … END_OF_DOCUMENT_TOKEN_TO_BE_REPLACED