The school choice movement is gaining momentum, but one obstacle continues to be Republicans in the suburbs and some rural areas who are allied with the teachers unions. They mistakenly figure their schools are fine and they’ve already exercised choice by where they live. That’s why a reform rebellion this month in Iowa’s Republican primaries deserves broader attention.

Republican Gov. Kim Reynolds has made school choice a priority, and this spring the state Senate passed her bill to create up to 10,000 scholarships a year for education expenses, including private school tuition. Students with an individual program for special education needs or in families with incomes up to four times the federal poverty level could receive more than $5,000 a year.

But the legislation died in the state House, though it’s controlled by Republicans. House leaders lacked enough support for the bill to bring it to a vote.

The Governor isn’t giving up, however, and she and reformers made school choice an issue in Republican primaries. Four challengers she endorsed won their primaries, including a challenger to the chairman of the House education committee who fought her bill.

Ms. Reynolds told a Des Moines radio show that she took this step “because of the gut-wrenching stories that I hear from parents and what their kids are being subjected to, and they really just want a quality education.” She added that “parents deserve to have the choice of what environment is best suited for their children to thrive, and we have it already, but it’s only for those who can afford it.”

This is big political news, and it shows that school choice is emerging as a winning electoral issue in the wake of the unpopular pandemic school shutdowns and union-led ideological instruction. If the GOP holds its legislative majorities in November, and Ms. Reynolds wins re-election, 2023 could be a big year for school reform in Iowa. The union political monopoly can be broken with the right leadership and reform message. 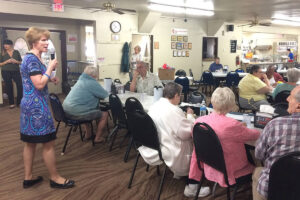 by Colton Lochhead, Las Vegas Review-Journal, May 20, 2022 In deep-red rural Nevada, longtime election officials are fighting back against a … END_OF_DOCUMENT_TOKEN_TO_BE_REPLACED 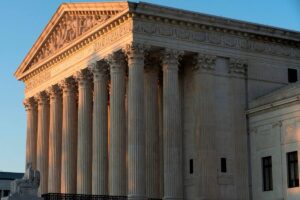 by David Colborne, The Nevada Independent, June 26, 2022 During the flurry of Supreme Court rulings issued last week, there was one ruling in … END_OF_DOCUMENT_TOKEN_TO_BE_REPLACED

The Justice Department hasn’t ensured peace at the homes of the Justices. by The Wall Street Journal Editorial Board, June 24, 2022 Protests … END_OF_DOCUMENT_TOKEN_TO_BE_REPLACED

In the 1973 abortion case, not today, the justices overstepped their boundaries and made their institution political. by David B. Rivkin, Jr. and … END_OF_DOCUMENT_TOKEN_TO_BE_REPLACED