December 5, 2021 – With great sorrow and a heavy heart, the Nevada Taxpayers Association shares the news of the passing of our cherished retired President Carole Vilardo this morning in Las Vegas at the age of 80. Anyone who knew Carole found her larger than life, her remarkable passion and talent had an enormous impact on taxation, spending, and regulatory issues impacting business.

Carole has been affiliated with the Nevada Taxpayers Association since 1986. “We are extremely grateful for the many contributions Carole Vilardo made to the NTA over her 30-plus year career,” expressed NTA Board Chairman Thom Sheets. “She genuinely cared for Nevada and the NTA experienced that first-hand beginning in 1986 when she was hired to oversee the new Southern Nevada office and lobby the Legislature. In 1988 she was named Acting Executive Director. In 1989 she was promoted to President, a position she held until her retirement in 2016.” Sheets noted, “Her commitment to the NTA extended into retirement with Emeritus status on the Board of Directors.”

Always impeccably dressed and perfectly coifed, Carole was prominent in the legislative building and local government chambers with her signature hats. She was a former two-term chairwoman of the National Taxpayers Conference. She served on numerous state and local government committees addressing issues diverse as water funding, education, debt management, transportation funding, K-12 priorities and funding, and health care delivery. Carole served as a public member on two legislative interim studies of Nevada’s tax system; and as a Nevada Governor appointee on both the SAGE Commission and the SAGE Blue-Ribbon Implementation Panel.

“She was a careful, creative, and critical thinker who read broadly and thought deeply. With Carole’s passing, she leaves behind a legacy that will long-serve as a benchmark for all Nevadans,” said NTA President Cindy Creighton. “It was an absolute privilege to be her friend, be inspired by her vision and guidance, and to listen to her incredible stories and history lessons.” Creighton continued: “While Nevada grieves her loss, the NTA will honor her memory by instilling her lifetime of work to future generations. To the NTA, Carole Vilardo is our legend. May she rest in peace.”

by Daniel Rothberg and Nick Bowlin, The Nevada Independent, January 3, 2022, with contributions from High Country News In the final days of 2019, … END_OF_DOCUMENT_TOKEN_TO_BE_REPLACED 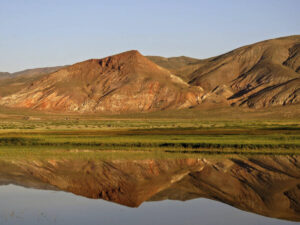 RENO — Conservationists and tribal leaders are suing the U.S. government to try to block construction of two geothermal plants in northern Nevada’s … END_OF_DOCUMENT_TOKEN_TO_BE_REPLACED

By Colton Lochhead Las Vegas Review-Journal December 3, 2021 A marijuana cultivator and producer in Washoe County could lose its license after it … END_OF_DOCUMENT_TOKEN_TO_BE_REPLACED

Las Vegas ranks third among large metros while Nevada is second among states, according to an analysis that looked at federal data. by Jason … END_OF_DOCUMENT_TOKEN_TO_BE_REPLACED