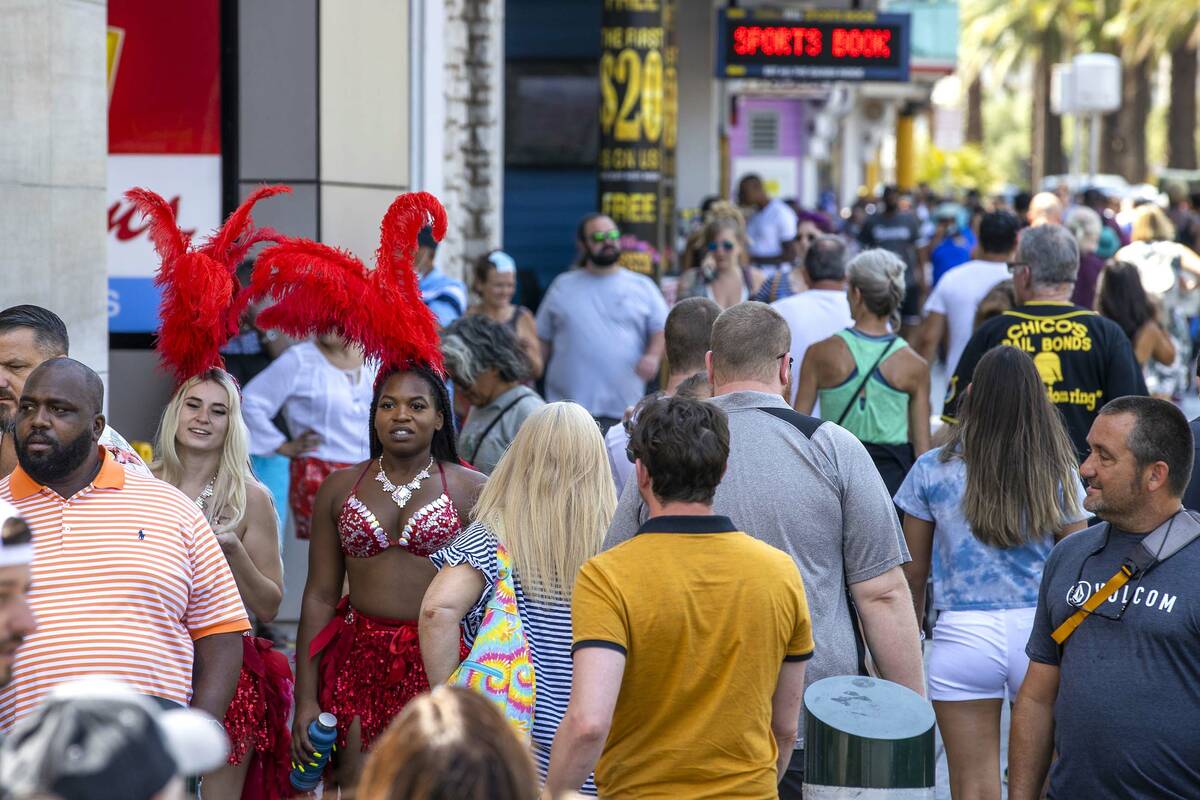 When driving the Strip, walking its sidewalks or navigating its casinos, there is no mistaking it: America’s rowdy gambling mecca is crammed with tourists again.

And even though visitor volume remains below pre-pandemic levels, and the coronavirus outbreak has by no means been stamped out, casino investors are betting big that Las Vegas is back on track.

Of course, there are still plenty of unknowns, including when Las Vegas’ normally lucrative convention industry will return to full speed and when the pandemic will finally end.

But Las Vegas has seen a burst of multibillion-dollar resort sales this year, and developers have pushed ahead with plans for new hotels on and off the Strip.

Most recently on the construction side, Florida developer Jeffrey Soffer announced Nov. 9 that he aims to open the 67-story Fontainebleau Las Vegas in the fourth quarter of 2023.

He started the north Strip project during the mid-2000s real estate frenzy, but the Fontainebleau went bankrupt after the economy crashed and changed hands a couple of times before Soffer reacquired the still-unfinished high-rise in February.

Station Casinos aims to break ground early next year on a $750 million resort in the southwest valley, and developer Lorenzo Doumani has said he plans to start construction on a 720-room nongaming hotel near the north Strip in the first quarter of 2022.

Moreover, developers of Dream Las Vegas have said they hope to break ground next year on their 20-story hotel-casino near the south edge of the Strip.

On the buyout side, Las Vegas Sands Corp. announced in March that it was selling The Venetian, Palazzo and former Sands Expo and Convention Center for $6.25 billion, and MGM Resorts International said in July that it was selling the Aria and Vdara for nearly $3.9 billion and would rent them back.

On top of all that, New York financial conglomerate Blackstone announced in September that it is selling The Cosmopolitan of Las Vegas for $5.65 billion, nearly $4 billion more than its purchase price in 2014.

As part of the sale, MGM Resorts is acquiring the Cosmo’s operations side for more than $1.6 billion.

More deals could be on the way. MGM chief Bill Hornbuckle recently said the company is in the “early stages” of selling The Mirage’s operations side, and Caesars Entertainment boss Tom Reeg has said that the company is looking to sell one of its Strip properties.

Of course, all of this wheeling and dealing by no means guarantees that Las Vegas’ tourism industry will soon make a full recovery from the pandemic’s severe economic fallout or never face issues down the road.

Still, the economy is in much better shape now than it was in the scary and chaotic spring of 2020, when Nevada’s casinos were in state-ordered lockdown and Las Vegas’ unemployment rate shot past 30 percent.

Around that time, I took a bike ride — a leisurely one at that, with little traffic around — up and down Las Vegas Boulevard and got an up-close look at the barricaded resort entrances, the quiet sidewalks and the boarded-up retail buildings.

It was a once-unthinkable landscape — and back then, if anyone said companies would soon be spending fortunes to buy and build casinos in Las Vegas, that would have been pretty unthinkable, too.

The Review-Journal is owned by the family of Dr. Miriam Adelson, the majority shareholder of Las Vegas Sands Corp.

By Colton Lochhead Las Vegas Review-Journal December 3, 2021 A marijuana cultivator and producer in Washoe County could lose its license after it … END_OF_DOCUMENT_TOKEN_TO_BE_REPLACED

Las Vegas ranks third among large metros while Nevada is second among states, according to an analysis that looked at federal data. by Jason … END_OF_DOCUMENT_TOKEN_TO_BE_REPLACED

by Kelsey Penrose Earlier this month, the Carson City Planning Commission voted 4-1 to approve an application by Carson Valley Meats for a meat … END_OF_DOCUMENT_TOKEN_TO_BE_REPLACED